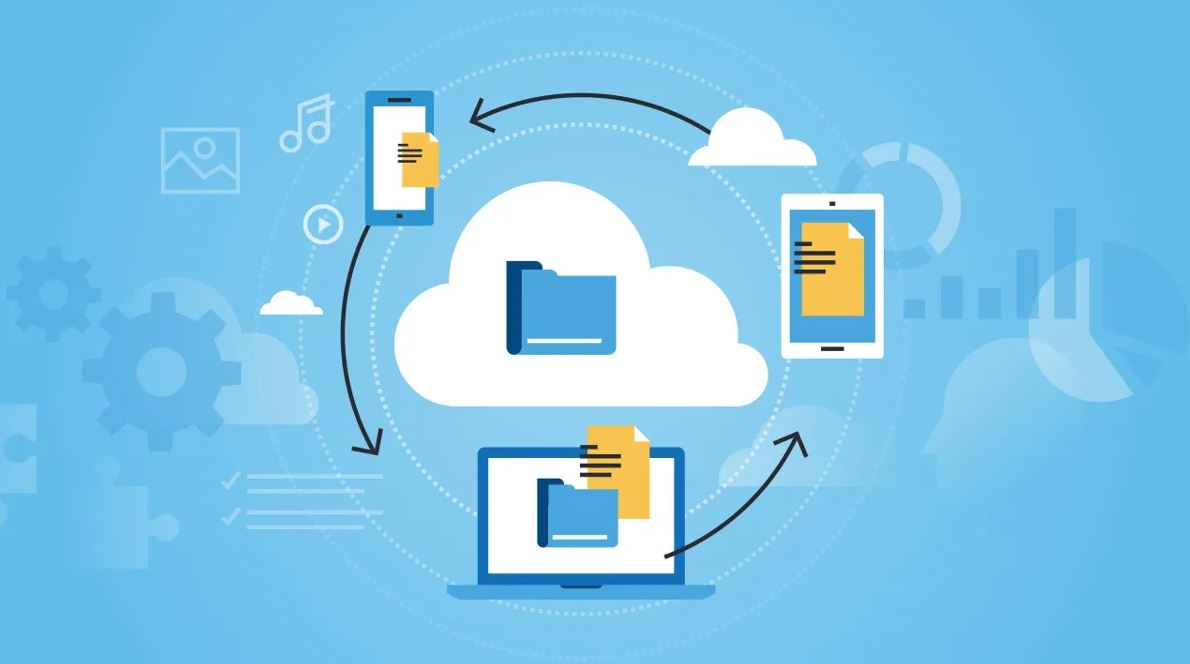 There are a lot of options out there when it comes to cloud backup and cloud storage services, but how does cloud storage work, and what features should you look for? Do all solutions work for the kind of data you need to back up?

Get the low down on cloud backup and cloud storage by navigating below.

“The cloud” is a major buzzword in computing right now, but its meaning is rather, well, cloudy for most people. Nevertheless, chances are high that you’ve already used the cloud, even if you may not have known it at the time. Media sharing services like Flickr, Instagram and YouTube? They use the cloud. Webmail clients like Gmail and Hotmail? Banking apps? Those too. Read on and we’ll see if we can’t dispel the fog a little…

At its heart, cloud computing involves using the power of the internet to outsource tasks you might traditionally perform on a personal computer – anything from handling simple storage to complex development and processing – to a vast and powerful remote network of interconnected machines.

This outsourcing is handy for the casual user who is fed up of having to free up space on their hard drive or purchase new storage for all the cat/baby/food photos they can’t stop taking. It’s even better for businesses that want to use the cloud for processing and storage – because users only pay for what they use.

Think about it. Back in the day, companies purchased computing infrastructure based on what they figured they might need now and in the next couple of years. Fearing what would happen if they underestimated demand, they tended to over-buy only to then have the equipment sit around idle. Not only that; business software is expensive. Not to mention the servers, networks, bandwidth, power, cooling, office space, and the experts needed to install, configure and run the whole caboodle.

Cloud computing allows businesses to run essential programs and applications through the Internet, saving them time, space, hassle and lots and lots of money. Billing for cloud services works just like the way you pay for utilities like gas and electricity in your home; it’s pay-as-you- go. The cloud is also extremely flexible. For heavy tasks, clients have instant access to scaled-up computing power on the fly. When they’re done with it they simply release it back to the cloud.

What is the cloud?

The first thing you need to know is that “the cloud” exists in far-flung data centers, which you access via the internet. It is a collection of networked computer hardware that works together to provide many aspects of computing in the form of online services. You can’t physically touch the hardware itself in the public cloud, but you control it remotely via web interfaces.

One of the central features of the cloud is virtualisation. Virtual machines are created with software that subdivides the computing power, memory and storage of a given machine into multiple smaller units, each running their own operating system. This virtualisation allows computing resources to be shared and allocated efficiently across the cloud.

Even the average web surfer at home has interacted with at least some of these. Facebook, Twitter and Gmail are all examples of SaaS cloud applications. One of the things that make it so powerful is the fact that – in the case of the former two – thousands, even millions, of people can interact with the same bit of information simultaneously.

The other giant boon for individual users is that services like Dropbox and Apple’s iCloud allow them to store their photos, email, music, calendars, contacts and other data in a central location, accessible from whatever device happens to be handy. These can be set up to automatically sync with the cloud, ending an era of fumbling with USB cables and cursing yourself for bringing the wrong data stick to a meeting. Relax! That appointment you just noted in your phone will appear seamlessly in your desktop calendar, leaving you free to kick back and enjoy the music you’re streaming from your collection on distant servers.

Cloud storage involves stashing data on hardware in a remote physical location, which can be accessed from any device via the internet. Clients send files to a data server maintained by a cloud provider instead of (or as well as) storing it on their own hard drives. Dropbox, which lets users store and share files, is a good example. Cloud storage systems generally encompass hundreds of data servers linked together by a master control server, but the simplest system might involve just one.

Cloud computing also involves clients connecting to remote computing infrastructure via a network, but this time that infrastructure includes shared processing power, software and other resources. This frees users from having to constantly update and maintain their software and systems, while at the same time allowing them to harness the processing power of a vast network. Familiar everyday services powered by cloud computing include social networks like Facebook, webmail clients like Gmail, and online banking apps.

Two words: data centers. Anything you’ve uploaded to the cloud, or that you run from the cloud, exists on dedicated servers and storage volumes housed in vast warehouses, often situated on campuses full of such warehouses. Data centers are owned by cloud service providers, who are responsible for keeping the servers up and running.

The job of all data centres, however big or small – and yes, some of them can be tiny – is to keep your data physically safe from theft and destruction, and to make sure it’s available whenever you want to access it. They run extensive cooling systems to keep the electronics from overheating and have at least one backup generator in case of power outages.

Once you’ve put your data in the cloud, it may be physically stored in many different places, countries or even continents, depending on where the service provider’s data centres are located. In fact, cloud providers actually make multiple copies of the data you upload and purposely store these in disparate locales to ensure that it won’t get destroyed or be inaccessible in the event that a natural disaster takes out one of the centres.

The physical location of their stored data is irrelevant to the majority of people, since it can be called together over the internet almost instantly. But for organizations using the cloud for certain sensitive types of data – government documents or health records, for example – understanding where the data is headed and which data-protection and privacy laws apply in those places becomes critical.

The cloud may promise to lift the burden of our ever-increasing data storage needs, but how do we know our data is truly safe when we entrust it to a cloud provider? What measures do they take to address our two biggest concerns: reliability and security?

To secure your data so no one else can get at it, cloud systems use authentication processes like usernames and passwords to limit access, and data encryption to protect data that is stolen or intercepted en route. And yet, passwords can be hacked; often it’s the service provider who holds the encryption keys to your data, meaning that rogue employees could access it; and your data isn’t immune to search and seizure by government entities.

So, to entrust or not to entrust? In any case, you can rest assured that – since cloud storage companies live and die by their reputation – they take great pains to employ the most advanced security techniques and provide the most reliable service possible. But the bottom line is that we live in an age where national governments have been exposed for tapping into supposedly private cloud data. Savvy surfers would be wise to keep anything truly sensitive stored on their personal computer or private cloud behind a firewall, and never upload it to the public cloud.