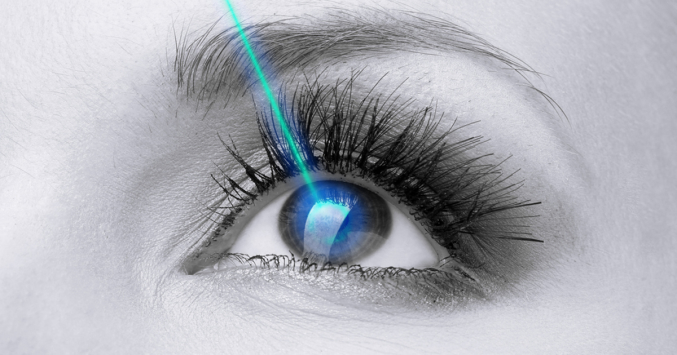 Lasik eye surgery is used to certain visual ailments such as myopia, hyperopia and astigmatism. It aims to make better visual sight through permanently reshaping the cornea. It is a procedure done with the use of laser by ophthalmologists. Roughly six million Americans have gone through Lasik although it never guarantees 20/20 vision. Its long term safety is still unknown. But according to the report by the Ophthalmology Societies, around 95% of their patients are pleased with their new vision.

There is a list of compiled complications of Lasik surgery.

2. It results to visual quality loss. Some Lasik patients were reported to experience trouble seeing details in dim lights. At times, some even experience visual distortions.

3. After Lasik, the cornea isn’t capable of complete healing. It is reported to weaken one’s cornea because of damaging collagen bands which provide protection to the eye.

4. Long term consequences are associated with Lasik surgery. Lasik patients are prone to cataracts. As such, patients are more exposed to undergoing repeat cataract surgeries.

5. It isn’t advisable for patients to undergo bilateral simultaneous Lasik surgery. The surgery being performed on the same day puts the patients at risk of vision loss in both eyes.

6. After Lasik, there are more serious complications which may arise. There were several after-Lasik complications reported such as inflammation resulting in corneal haze, flap dislocation and retinal detachment.

7. It doesn’t completely remove the need for glasses. Still, Lasik does not ensure getting rid of reading eyeglasses by the time patients reach the age of 40. As the effectiveness of Lasik decreases each year, Lasik patients are more likely to use eyeglasses again.

8. Until now, the real result of Lasik complications is not fully determined. It was recorded that FDA allowed Lasik manufacturers not to disclose the results of clinical trials.

9. After Lasik, treatment options are limited. Lasik treatments are permanent and unalterable.

10. There are still safer options instead of Lasik. Eyeglasses and contact lens are still the safest methods to improve vision.

At present, the Food and Drug Administration is conducting a study which aims to determine the number of patients who experience the harmful effects which Lasik Surgery may cause. It is expected to be completed by 2012. Just recently, FDA sent out warning letters to 17 Lasik surgery centers for not giving full reports on the unfavorable effects of Lasik. Because of the reported negative after-effects by some Lasik patients, FDA will undergo a series of inspections to some centers for monitoring.

The price of Lasik ranges from $1000 to $5000 today. It is rather expensive. However, there are several Lasik financing options available, which is not a common knowledge. Generally, there is a very high percentage of the number of patients satisfied with the Lasik result. You must contact an ophthalmologist if you believe you are ready and able to undergo the Lasik procedure.