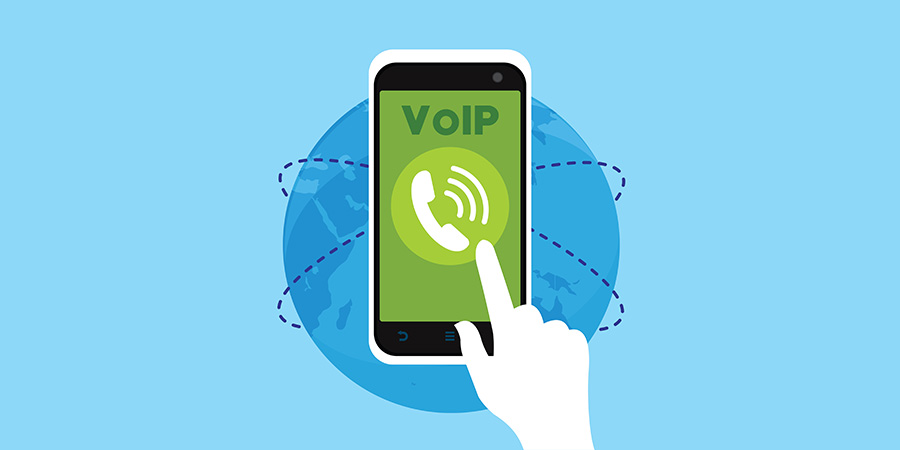 VOIP or Voice over Internet Protocol, basically means voice transmitted over a digital network. Essentially, what happens is that, you use your high speed internet web connection for better telephone service. The calls are routed to the internet rather than over the telephone lines.

The computer is not required,but the network resources are required. The same protocols or rules that are used for sending data over the internet is used for sending voice transmissions. Data is usually sent over the web in packets. With VOIP, these packets also include the both the sender’s and the receivers MAC or Media Access Control address, along with the voice signal.

There are many advantages of using VOIP over traditional POTS or Plain Old Telephone Systems. VOIP can be used to make free phone calls.

It is not outside the realm of possibility to expect that VOIP will eventually replace the traditional telephone systems. The easiest way to use VOIP is calling on your computer. All that is required is the software,a microphone,speakers and sound card along with your internet connection.

VOIP also offers the ability to check voice mail via the Web or to attach messages to an e-mail, which is sent to your computer or handheld device.

Some disadvantages of using VOIP

One of the biggest disadvantages of VOIP is the reliability. VOIP relies on electrical power to keep circuits running. No power to your computer, means it cannot work unless it includes battery operation such as a laptop. This can be easily overcome by using VOIP on mobile devices.

VOIP may also depend on the specification and power of your computer.

When VOIP uses an Internet connection, it may become susceptible to all the effects normally associated with home broadband services. These can include packet loss, jitter and other factors that affect call quality. There are also some misguided beliefs about VOIP that may be slowing widespread adoption.

VOIP does not run only on the Internet: The term VOIP includes internet, but what VOIP really uses is not the Internet itself, but the protocol or the set of rules for governing how transmission is handled.

It is important to remember that VOIP service is still offered by providers and not all providers offer the same level and quality of service. You should try to find the best VOIP Service to suit you particular situation.

If you already have Hi speed Internet, it will be an easier addition to add VOIP services, if they are provided. The Best VOIP Services should also include additional features such as call waiting, call forwarding and videoconferencing at no extra cost.